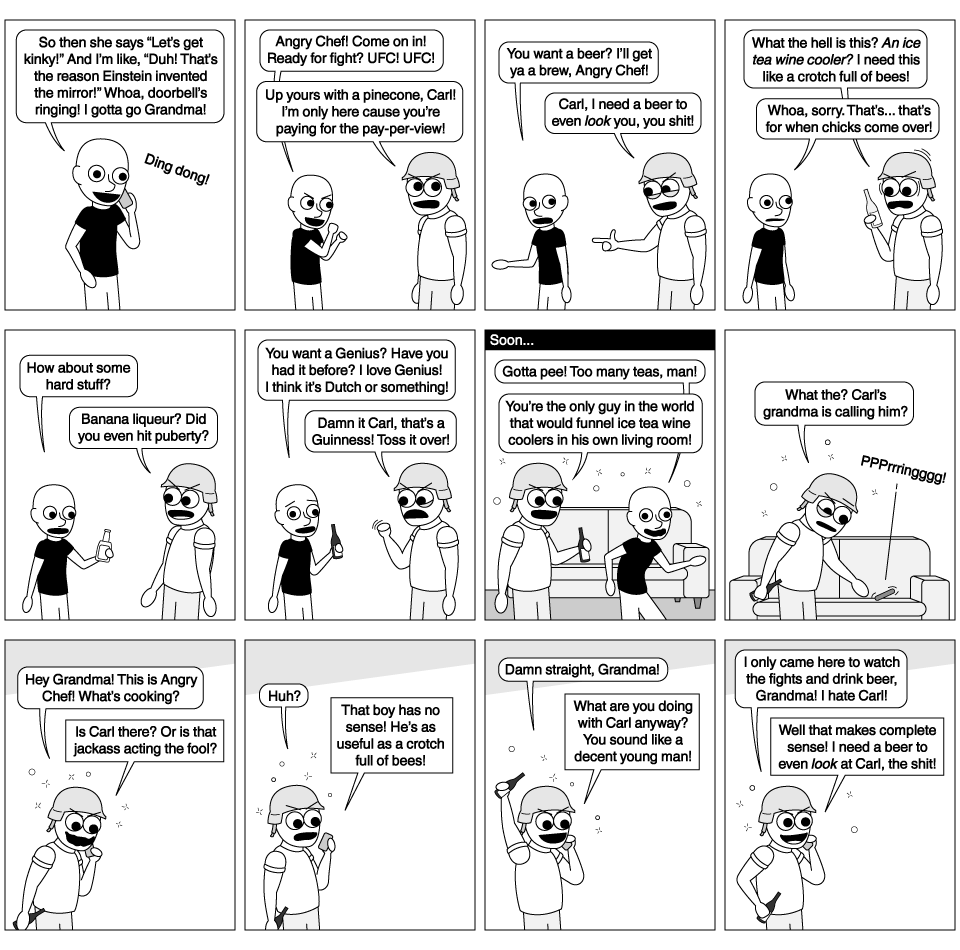 So then she says “Let’s get kinky!” And I’m like, “Duh! That’s the reason Einstein invented the mirror!” Whoa, doorbell’s ringing! I gotta go Grandma!

Angry Chef! Come on in! Ready for fight? UFC! UFC!

Up yours with a pinecone, Carl! I’m only here cause you’re paying for the pay-per-view!

You want a beer? I’ll get ya a brew, Angry Chef!

Carl, I need a beer to even look you, you shit!

What the hell is this? An ice tea wine cooler? I need this like a crotch full of bees!

Whoa, sorry. That’s… that’s for when chicks come over!

How about some hard stuff!

Banana liqueur? Did you even hit puberty?

You want a Genius? Have you had it before? I love Genius! I think it’s Dutch or something!

Damn it Carl, that’s a Guinness! Toss it over!

Gotta pee! Too many teas, man!

You’re the only guy in the world that would funnel ice tea wine coolers in his own living room!

What the? Carl’s grandma is calling him?

Is Carl there? Or is that jackass acting the fool?

That boy has no sense! He’s as useful as a crotch full of bees!

What are you doing with Carl anyway? You sound like a decent young man!

I only came here to watch the fights and drink beer, Grandma! I hate Carl!

Well that makes complete sense! I need a beer to even look at Carl, the shit!