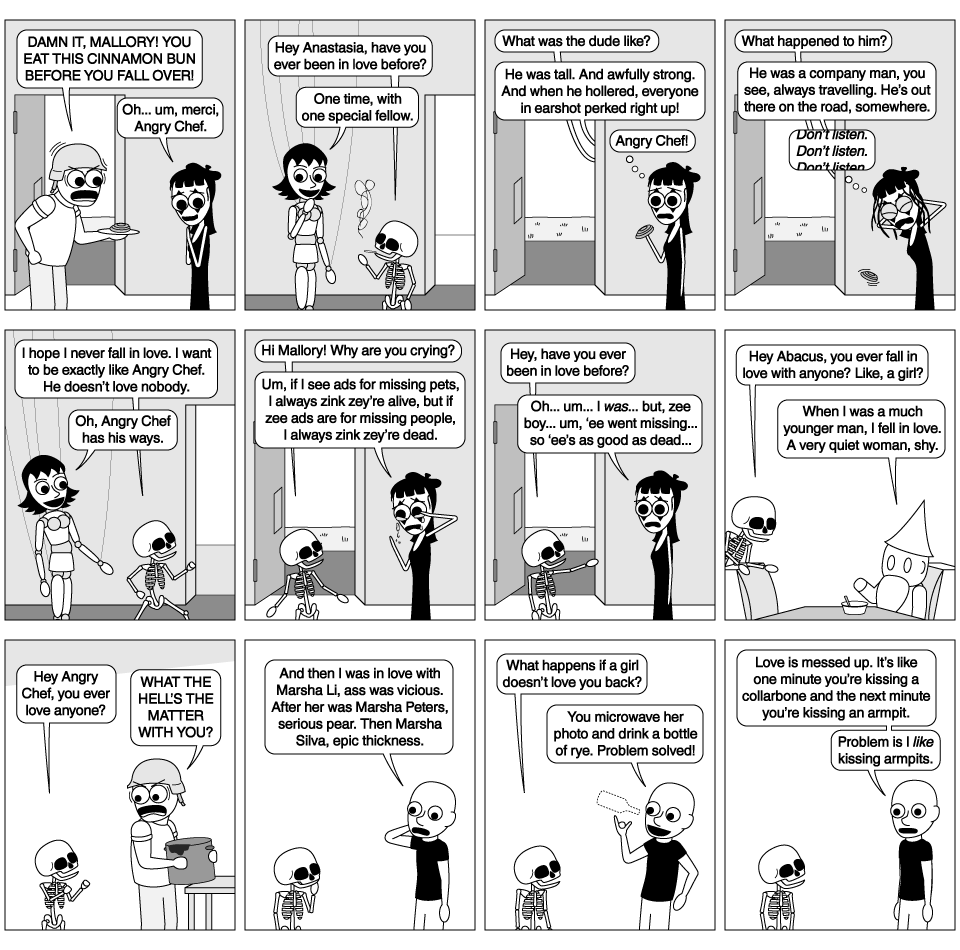 DAMN IT, MALLORY! YOU EAT THIS CINNAMON BUN BEFORE YOU FALL OVER!

Hey Anastasia, have you ever been in love before?

One time, with one special fellow.

He was tall. And awfully strong. And when he hollered, everyone in earshot perked right up!

What happened to him?

He was a company man, you see, always travelling. He’s out there on the road, somewhere.

I hope I never fall in love. I want to be exactly like Angry Chef. He doesn’t love nobody.

Oh, Angry Chef has his ways.

Hi Mallory! Why are you crying?

Hey, have you ever been in love before?

Hey Abacus, you ever fall in love with anyone? Like, a girl?

When I was a much younger man, I fell in love. A very quiet woman, shy.

Hey Angry Chef, you ever love anyone?

WHAT THE HELL’S THE MATTER WITH YOU?

And then I was in love with Marsha Li, ass was vicious. After her was Marsha Peters, serious pear. Then Marsha Silva, epic thickness.

What happens if a girl doesn’t love you back?

You microwave her photo and drink a bottle of rye. Problem solved!