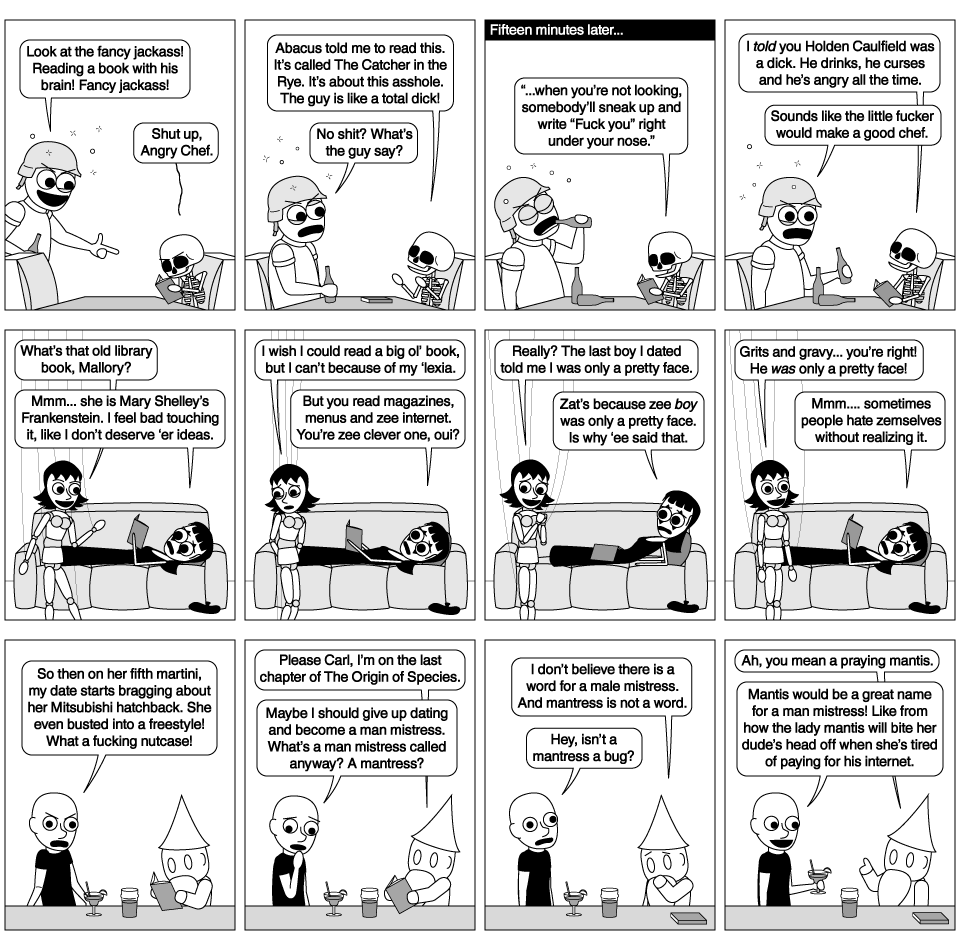 Abacus told me to read this. It’s called The Catcher in the Rye. It’s about this asshole. The guy is like a total dick!

No shit? What’s the guy say?

“…when you’re not looking, somebody’ll sneak up and write “Fuck you” right under your nose.”

I told you Holden Caulfield was a dick. He drinks, he curses and he’s angry all the time.

Sounds like the little fucker would make a good chef.

Mmm… she is Mary Shelley’s Frankenstein. I feel bad touching it, like I don’t deserve ‘er ideas.

I wish I could read a big ol’ book, but I can’t because of my ‘lexia.

But you read magazines, menus and zee internet. You’re zee clever one, oui?

Really? The last boy I dated told me I was only a pretty face.

Zat’s because zee boy was only a pretty face. Is why ‘ee said that.

Grits and gravy… you’re right! He was only a pretty face!

So then on her fifth martini, my date starts bragging about her Mitsubishi hatchback. She even busted into a freestyle! What a fucking nutcase!

Please Carl, I’m on the last chapter of The Origin of Species.

I don’t believe there is a word for a male mistress. And mantress is not a word.

Hey, isn’t a mantress a bug?

Ah, you mean a praying mantis.

Mantis would be a great name for a man mistress! Like from how the lady mantis will bite her dude’s head off when she’s tired of paying for his internet.