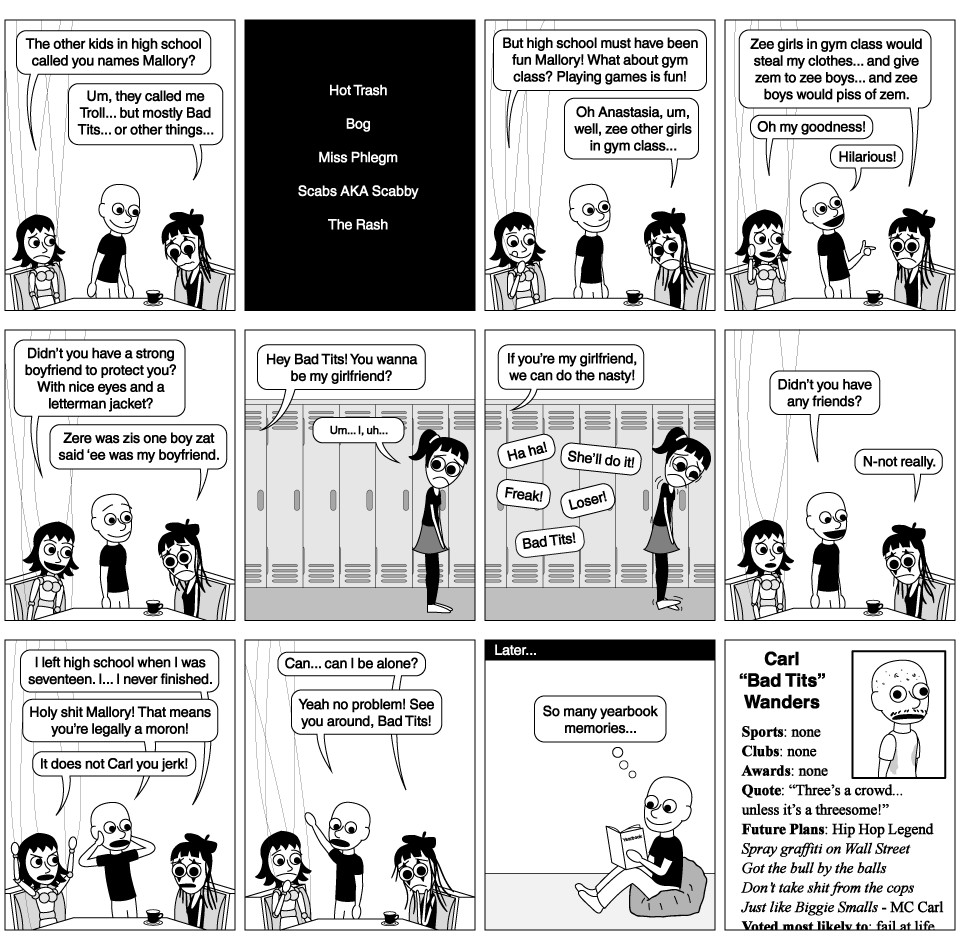 The other kids in high school called you names Mallory?

Um, they called me Troll… but mostly Bad Tits… or other things…

But high school must have been fun Mallory! What about gym class? Playing games is fun!

Zee girls in gym class would steal my clothes… and give zem to zee boys… and zee boys would piss of zem.

Didn’t you have a strong boyfriend to protect you? With nice eyes and a letterman jacket?

Zere was zis one boy zat said ‘ee was my boyfriend.

Hey Bad Tits! You wanna be my girlfriend?

If you’re my girlfriend, we can do the nasty!

Didn’t you have any friends?

I left high school when I was seventeen. I… I never finished

It does not Carl you jerk!

Can… can I be alone?

Yeah no problem! See you around, Bad Tits!

So many yearbook memories…

Voted most likely to: fail at life