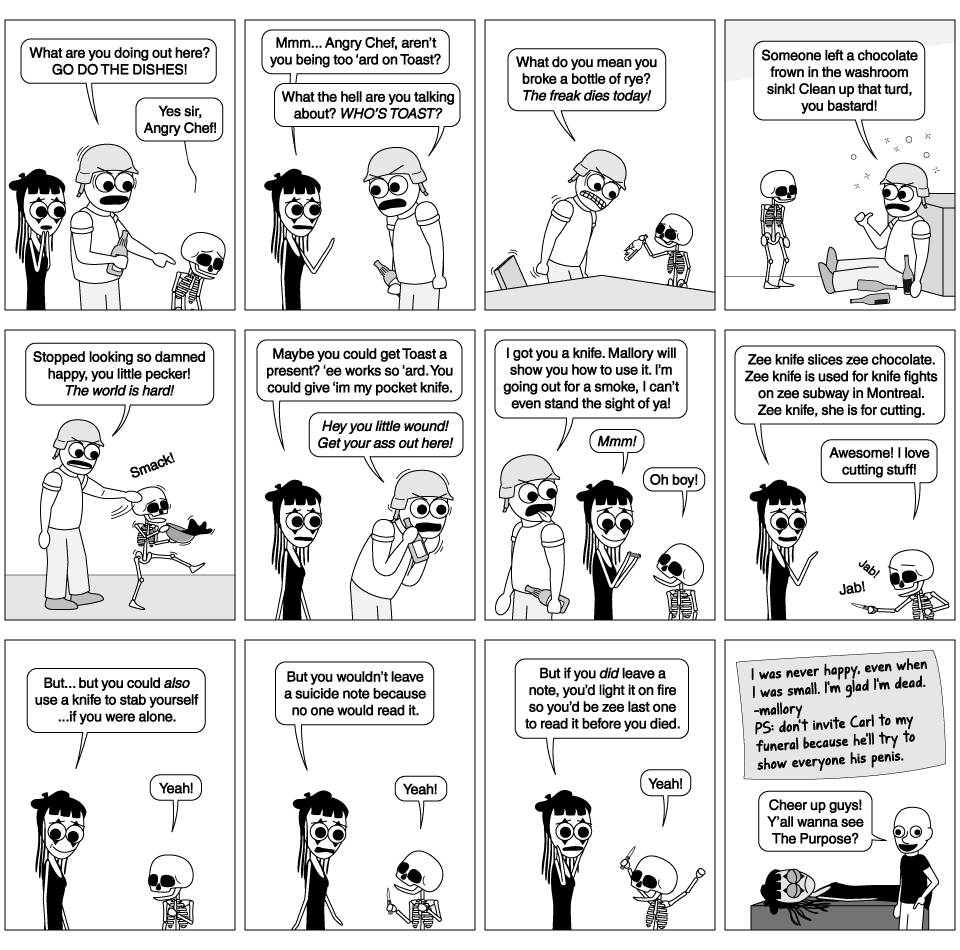 Mallory and the Knife

What are you doing out here? GO DO THE DISHES!

Mmm… Angry Chef, aren’t you being too ‘ard on Toast?

What the hell are you talking about? WHO’S TOAST?

What do you mean you broke a bottle of rye? The freak dies today!

Someone left a chocolate frown in the washroom sink! Clean up that turd, you bastard!

Stopped looking so damned happy, you little pecker! The world is hard!

Maybe you could get Toast a present? ‘ee works so ‘ard. You could give ‘im my pocket knife.

Hey you little wound! Get your ass out here!

I got you a knife. Mallory will show you how to use it. I’m going out for a smoke, I can’t even stand the sight of ya!

Zee knife slices zee chocolate. Zee knife is used for knife fights on zee subway in Montreal. Zee knife, she is for cutting.

But… but you could also use a knife to stab yourself …if you were alone.

But you wouldn’t leave a suicide note because no one would read it.

But if you did leave a note, you’d light it on fire so you’d be zee last one to read it before you died.

I was never happy, even when I was small. I’m glad I’m dead.
-mallory
PS: don’t invite Carl to my funeral because he’ll try to show everyone his penis.