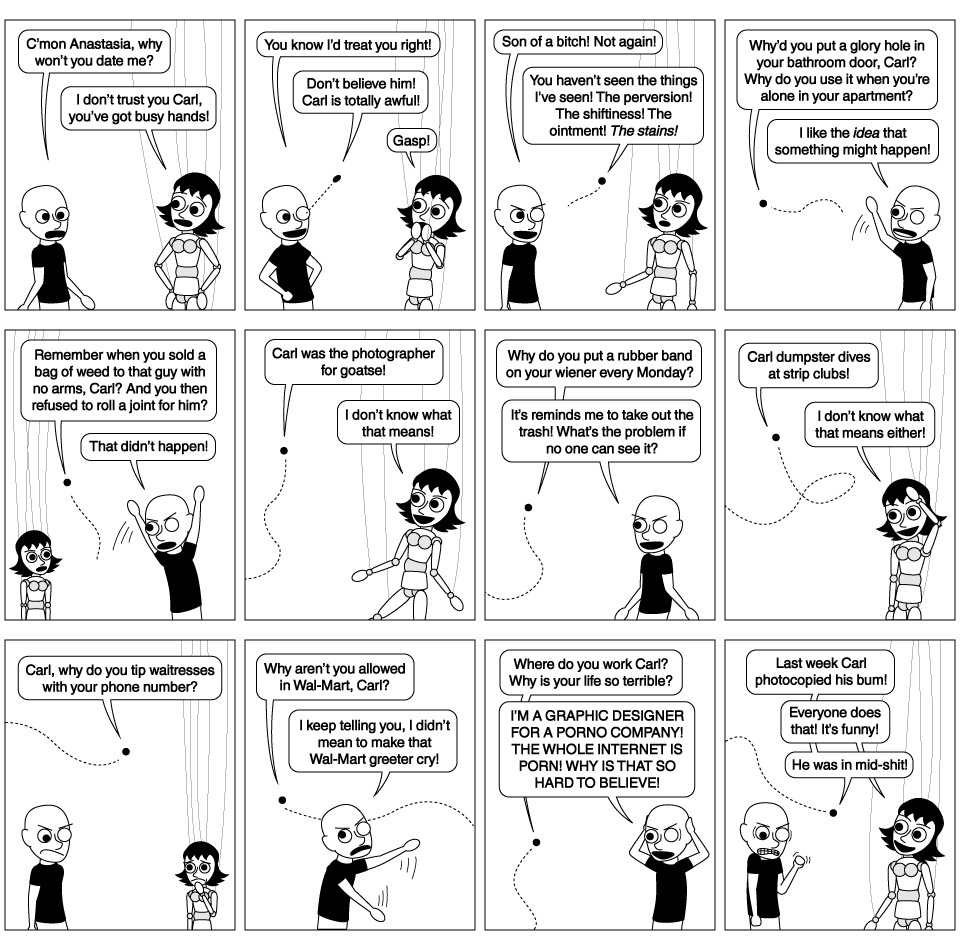 C’mon Anastasia, why won’t you date me?

I don’t trust you Carl, you’ve got busy hands!

You know I’d treat you right!

Son of a bitch! Not again!

You haven’t seen the things I’ve seen! The perversion! The shiftiness! The ointment! The stains!

Why’d you put a glory hole in your bathroom door, Carl? Why do you use it when you’re alone in your apartment?

Remember when you sold a bag of weed to that guy with no arms, Carl? And you then refused to roll a joint for him?

Carl was the photographer for goatse!

I don’t know what that means!

Why do you put a rubber band on your wiener every Monday?

It’s reminds me to take out the trash! What’s the problem if no one can see it?

I don’t know what that means either!

Why aren’t you allowed in Wal-Mart, Carl?

I keep telling you, I didn’t mean to make that Wal-Mart greeter cry!

Where do you work Carl? Why is your life so terrible?

Everyone does that! It’s funny!