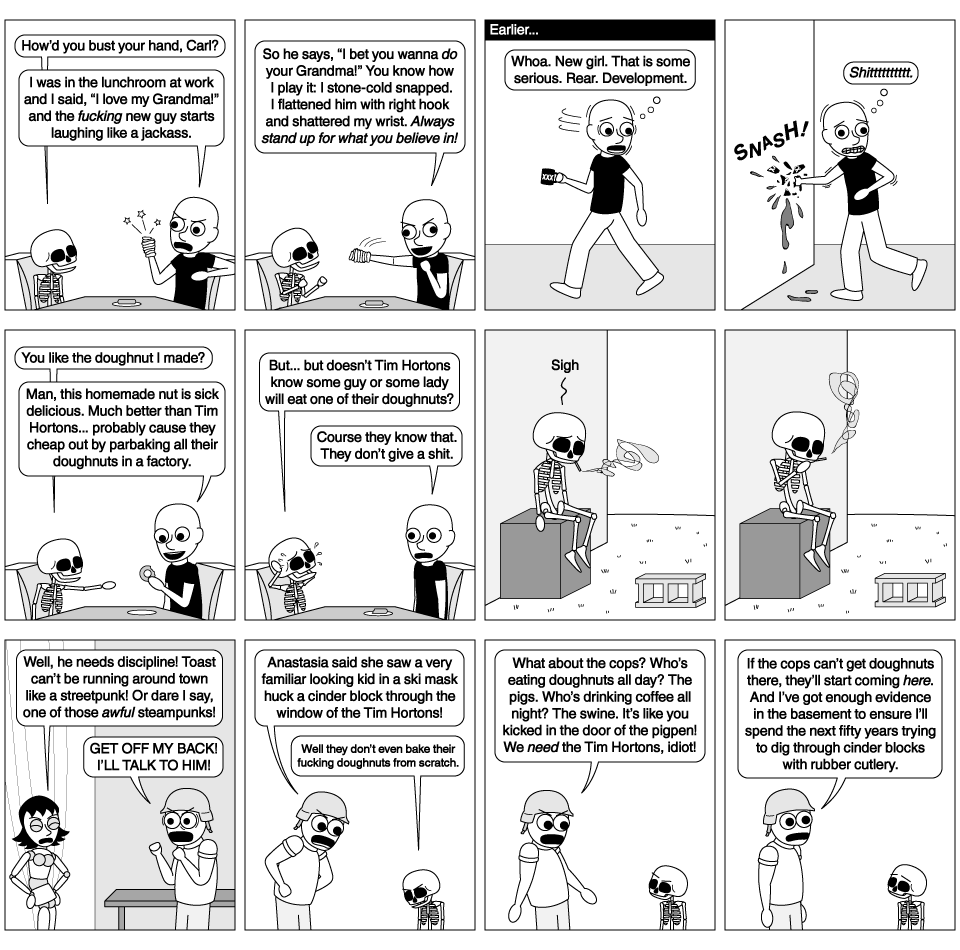 How’d you bust your hand, Carl?

I was in the lunchroom at work and I said, “I love my Grandma!” and the fucking new guy starts laughing like a jackass.

So he says, “I bet you wanna do your Grandma!” You know how I play it: I stone-cold snapped. I flattened him with right hook and shattered my wrist. Always stand up for what you believe in!

Whoa. New girl. That is some serious. Rear. Development.

Man, this homemade nut is sick delicious. Much better than Tim Hortons… probably cause they cheap out by parbaking all their doughnuts in a factory.

But… but doesn’t Tim Hortons know some guy or some lady will eat one of their doughnuts?

Course they know that. They don’t give a shit.

Well, he needs discipline! Toast can’t be running around town like a streetpunk! Or dare I say, one of those awful steampunks!

GET OFF MY BACK! I’LL TALK TO HIM!

Anastasia said she saw a very familiar looking kid in a ski mask huck a cinder block through the window of the Tim Hortons!

Well they don’t even bake their fucking doughnuts from scratch.

What about the cops? Who’s eating doughnuts all day? The pigs. Who’s drinking coffee all night? The swine. It’s like you kicked in the door of the pigpen! We need the Tim Hortons, idiot!

If the cops can’t get doughnuts there, they’ll start coming here. And I’ve got enough evidence in the basement to ensure I’ll spend the next fifty years trying to dig through cinder blocks with rubber cutlery.