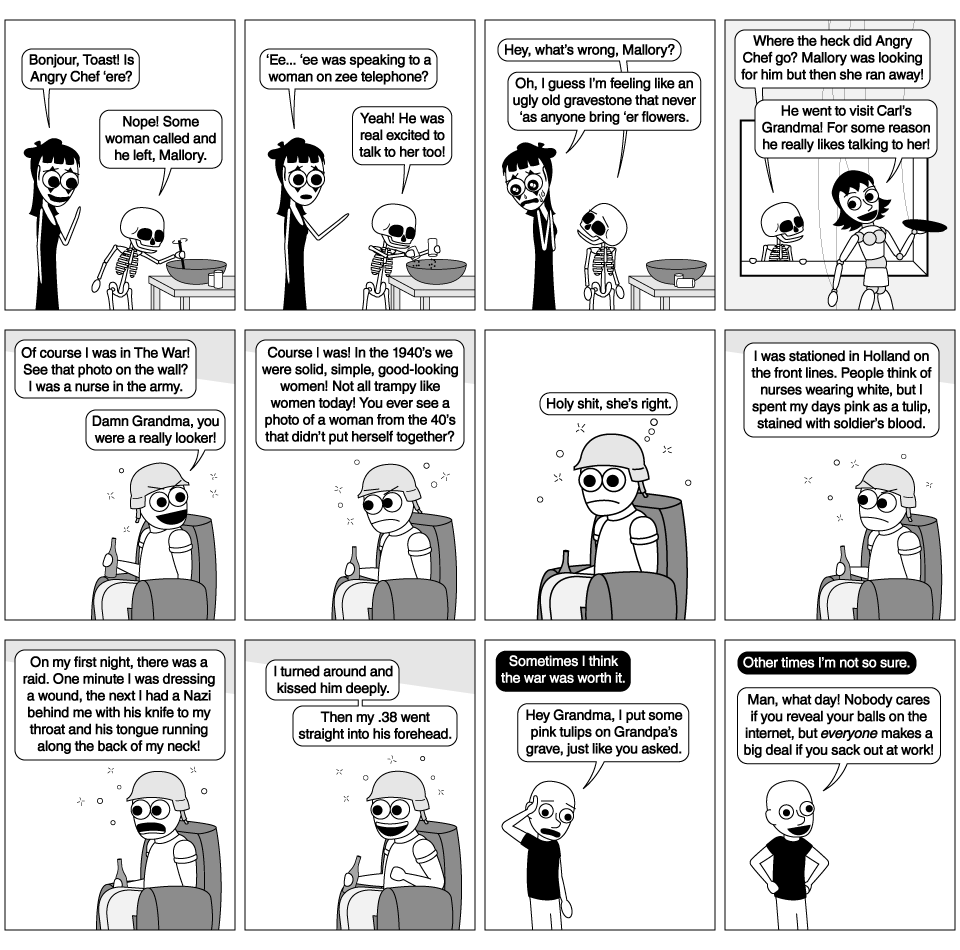 Nope! Some woman called and he left, Mallory.

‘Ee… ‘ee was speaking to a woman on zee telephone?

Yeah! He was real excited to talk to her too!

Oh, I guess I’m feeling like an ugly old gravestone that never ‘as anyone bring ‘er flowers.

Where the heck did Angry Chef go? Mallory was looking for him but then she ran away!

He went to visit Carl’s Grandma! For some reason he really likes talking to her!

Of course I was in The War! See that photo on the wall? I was a nurse in the army.

Damn Grandma, you were a really looker!

Course I was! In the 1940’s we were solid, simple, good-looking women! Not all trampy like women today! You ever see a photo of a woman from the 40’s that didn’t put herself together?

I was stationed in Holland on the front lines. People think of nurses wearing white, but I’d spend my days pink as a tulip, stained with soldier’s blood.

On my first night, there was a raid. One minute I was dressing a wound, the next I had a Nazi behind me with his knife to my throat and his tongue running along the back of my neck!

I turned around and kissed him deeply.

Then my .38 went straight into his forehead.

Sometimes I think the war was worth it.

Hey Grandma, I put some pink tulips on Grandpa’s grave, just like you asked.

Other times I’m not so sure.

Man, what day! Nobody cares if you reveal your balls on the internet, but everyone makes a big deal if you sack out at work!