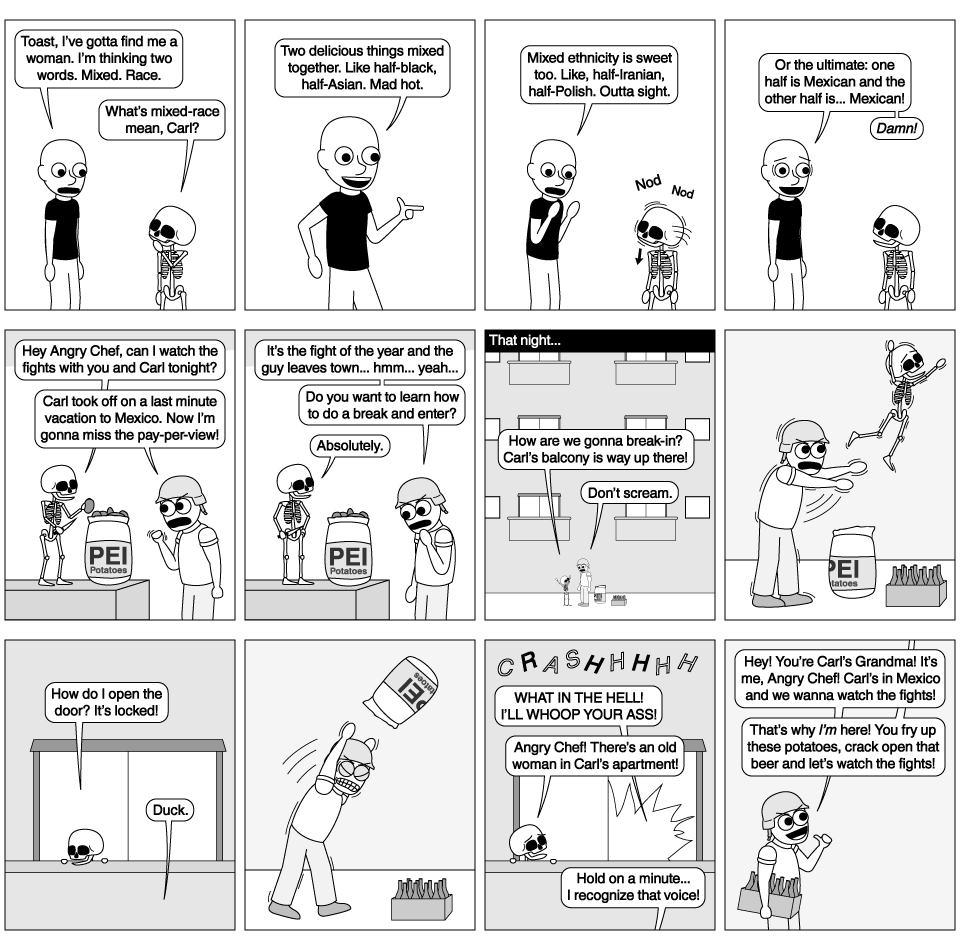 Mixed ethnicity is sweet too. Like, half-Iranian, half-Polish. Outta sight.

Or the ultimate: one half is Mexican and the other half is… Mexican!

Hey Angry Chef, can I watch the fights with you and Carl tonight?

Carl took off on a last minute vacation to Mexico. Now I’m gonna miss the pay-per-view!

Do you want to learn how to do a break and enter?

How are we gonna break-in? Carl’s balcony is way up there!

How do I open the door? It’s locked!

WHAT IN THE HELL! I’LL WHOOP YOUR ASS!

Hold on a minute… I recognize that voice!

That’s why I’m here! You fry up these potatoes, crack open that beer and let’s watch the fights!