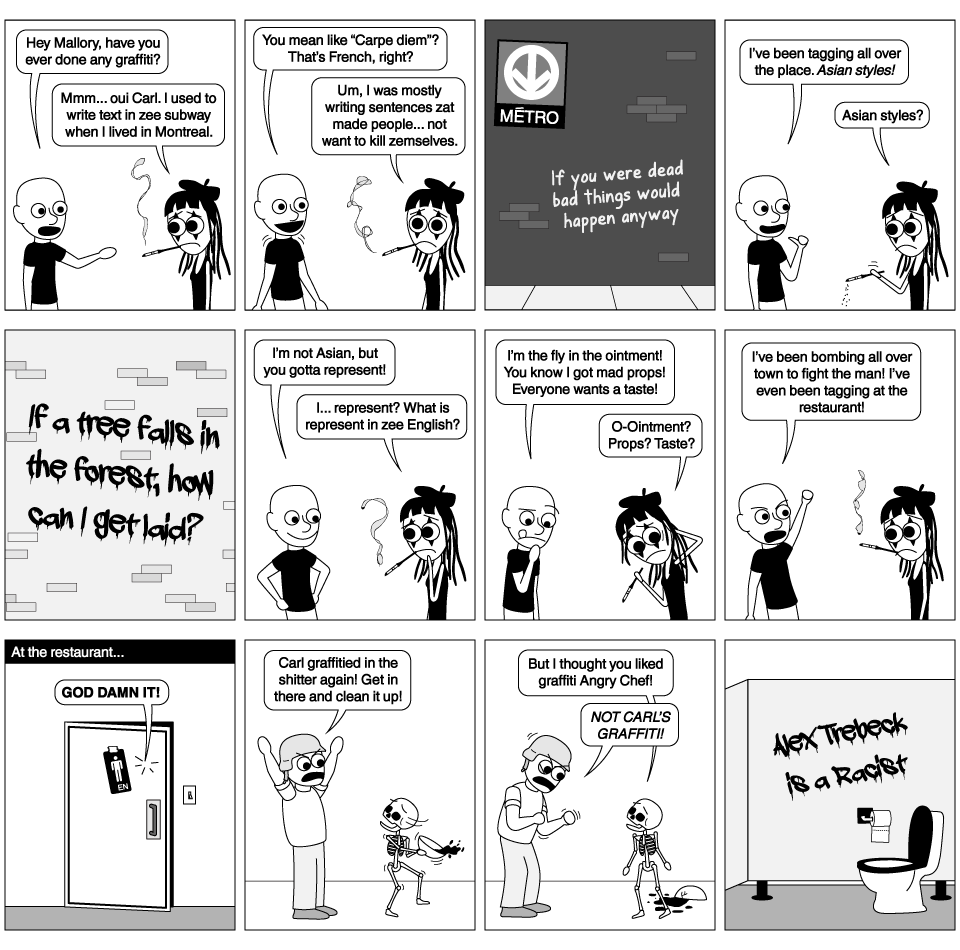 Hey Mallory, have you ever done any graffiti?

Mmm… oui Carl. I used to write sentences in zee subway when I lived in Montreal.

Um, I was mostly writing sentences zat made people… not want to kill themselves.

IF YOU WERE DEAD BAD THINGS WOULD HAPPEN ANYWAY

I’ve been tagging all over the place. Asian styles!

If a tree falls in the forest, how can I get laid?

I’m not Asian, but you gotta represent!

I… represent? What is represent in zee English?

I’m the fly in the ointment! You know I got mad props! Everyone wants a taste!

I’ve been bombing all over town to fight the man! I’ve even been tagging at the restaurant!

Carl graffitied in the shitter again! Get in there and clean it up!

But I thought you liked graffiti Angry Chef!

Alex Trebeck is a Racist