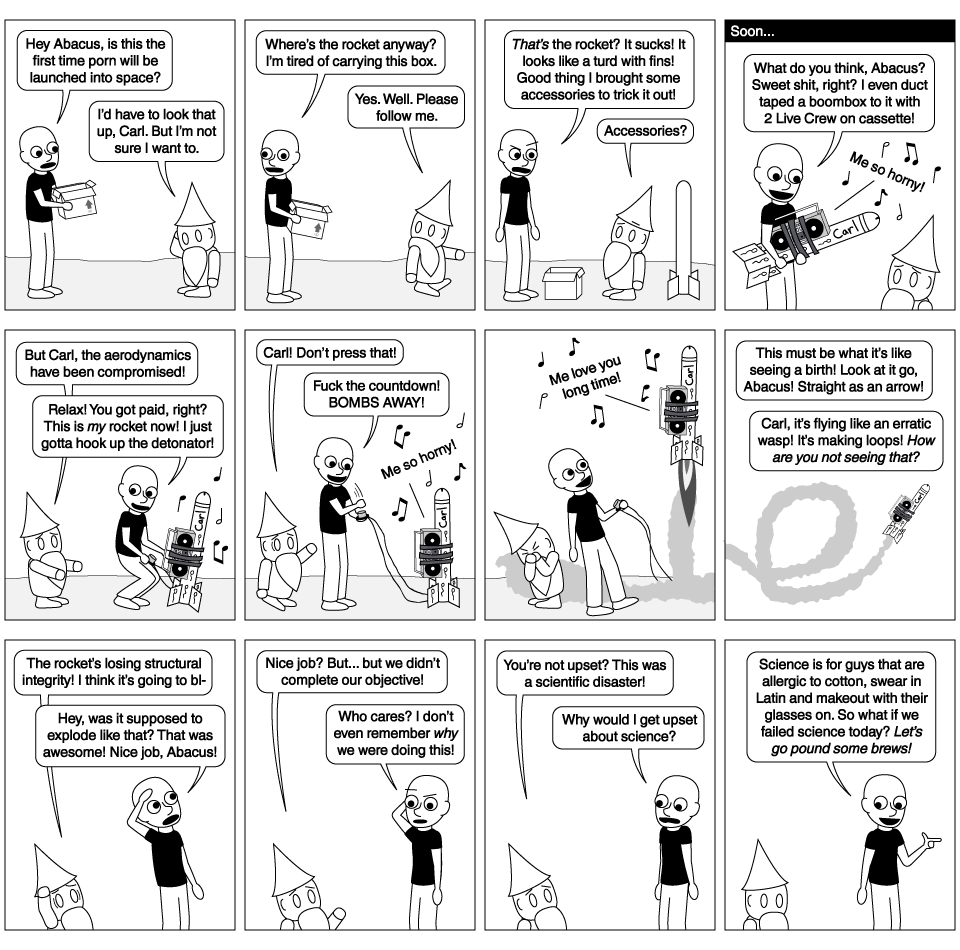 Where’s the rocket anyway? I’m tired of carrying this box.

That’s the rocket? It sucks! It looks like a turd with fins! Good thing I brought some accessories to trick it out!

What do you think, Abacus? Sweet shit, right? I even duct taped a boombox to it with

But Carl, the aerodynamics have been compromised!

Relax! You got paid, right? This is my rocket now! I just gotta hook up the detonator!

Fuck the countdown! BOMBS AWAY!

This must be what it’s like seeing a birth! Look at it go, Abacus! Straight as an arrow!

Carl, it’s flying like an erratic wasp! It’s making loops! How are you not seeing that?

Hey, was it supposed to explode like that? That was awesome! Nice job, Abacus!

Nice job? But… but we didn’t complete our objective!

Who cares? I don’t even remember why we were doing this!

You’re not upset? This was a scientific disaster!

Why would I get upset about science?

Science is for guys that are allergic to cotton, swear in Latin and makeout with their glasses on. So what if we failed science today? Let’s go pound some brews!