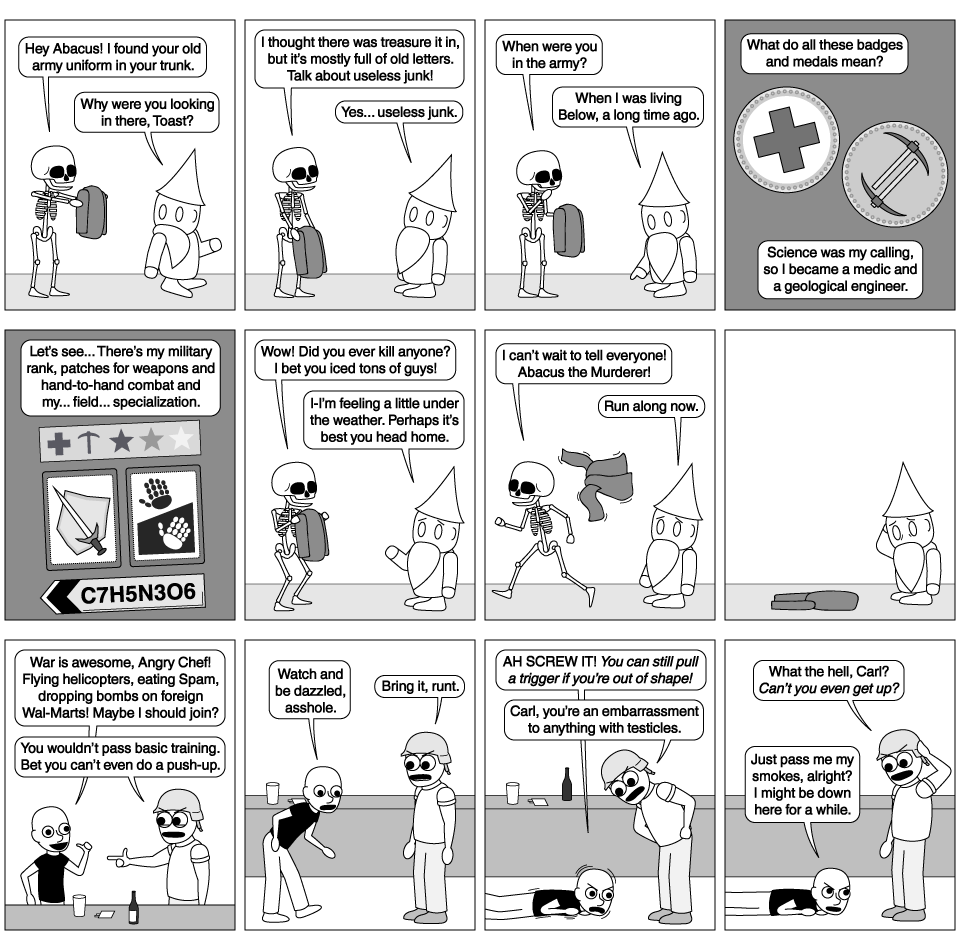 Hey Abacus! I found your old army uniform in your trunk.

Why were you looking in there, Toast?

I thought there was treasure it in, but it’s mostly full of old letters. Talk about useless junk!

When were you in the army?

When I was living Below, a long time ago.

What do all these badges and medals mean?

Science was my calling, so I became a medic and a geological engineer.

Let’s see… There’s my military rank, patches for weapons and hand-to-hand combat and my… field… specialization.

Wow! Did you ever kill anyone? I bet you iced tons of guys!

I-I’m feeling a little under the weather. Perhaps it’s best you head home.

I can’t wait to tell everyone! Abacus the Murderer!

You wouldn’t pass basic training. Bet you can’t even do a push-up.

Watch and be dazzled, asshole.

AH SCREW IT! You can still pull a trigger if you’re out of shape!

Carl, you’re an embarrassment to anything with testicles.

What the hell, Carl? Can’t you even get up?

Just pass me my smokes, alright? I might be down here for a while.