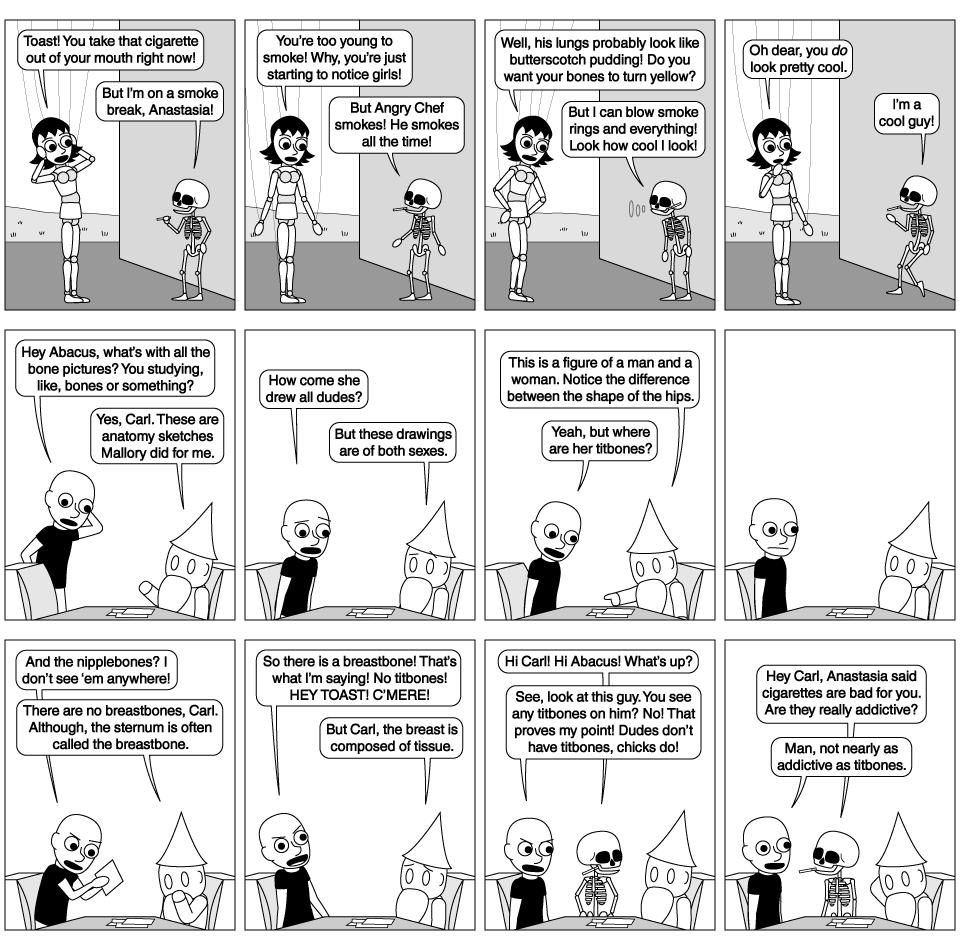 Toast! You take that cigarette out of your mouth right now!

But I’m on a smoke break, Anastasia!

You’re too young to smoke! Why, you’re just starting to notice girls!

But Angry Chef smokes! He smokes all the time!

Well, his lungs probably look like butterscotch pudding! Do you want your bones to turn yellow?

But I can blow smoke rings and everything! Look how cool I look!

Hey Abacus, what’s with all the bone pictures? You studying, like, bones or something?

Yes, Carl. These are anatomy sketches Mallory did for me.

How come she drew all dudes?

But these drawings are of both sexes.

This is a figure of a man and a woman. Notice the difference between the shape of the hips.

Yeah, but where are her titbones?

And the nipplebones? I don’t see ‘em anywhere!

There are no breastbones, Carl. Although, the sternum is often called the breastbone.

So there is a breastbone! That’s what I’m saying! No titbones! HEY TOAST! C’MERE!

But Carl, the breast is composed of tissue.

See, look at this guy. You see any titbones on him? No! That proves my point! Dudes don’t have titbones, chicks do!

Hey Carl, Anastasia said cigarettes are bad for you. Are they really addictive?

Man, not nearly as addictive as titbones.